From the Sunday edition of the Las Vegas Sun 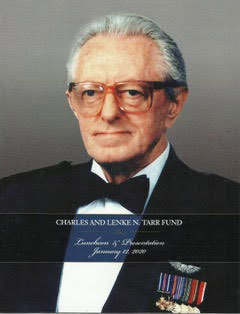 Charlie Tarr was known for his frugal lifestyle, refusing to spend money on himself outside of the basic necessities.

Rather, the longtime Las Vegas resident used his money to better the community, frequently donating to charities throughout the area. It was his passion, family members recall.

He amassed a fortune through a variety of Las Vegas businesses, where he was so determined to be successful that he never took a day off. The drive came from a statement his father made, proclaiming Tarr’s brother would be more successful.

With that fortune came charity, and lots of it. Now, 20 years after his death, Tarr’s generosity will again be felt. Executors of his estate will disperse $5.4 million among 17 nonprofits today, including 10 Southern Nevada charities.

“He lived in a small apartment just for sleeping,” his daughter Barbara Tarr said in a family video. “His goal was always to prove his father wrong … He arranged the charitable trust for the sole purpose of making the world a better place.”

Tarr came to America with his mother and brother from Kiev, Ukraine, in 1917 when he was just a toddler. They had $20 to their name, Barbara Tarr said. But he lived the American dream, becoming a decorated U.S. Air Force pilot in World War II, family man and business owner. He died just hours before the new millennium on Dec. 31, 1999. He was 84.

“He always felt he owed America a lot,” said Jerry Engle, his friend and estate trustee. “He came here as an immigrant and was proud to be an American and proud to be a Jew.”

In 2000, the Nevada Community Foundation assumed responsibility for approximately $2.6 million of the Charles and Lenke N. Tarr fund, which distributed annual checks of no more than $1,000 over the past 20 years. The foundation handles the financial, administrative and legal aspects of establishing a charity, CEO Gian Brosco said.

“We steward their philanthropy between the donor and the causes they care about,” he said 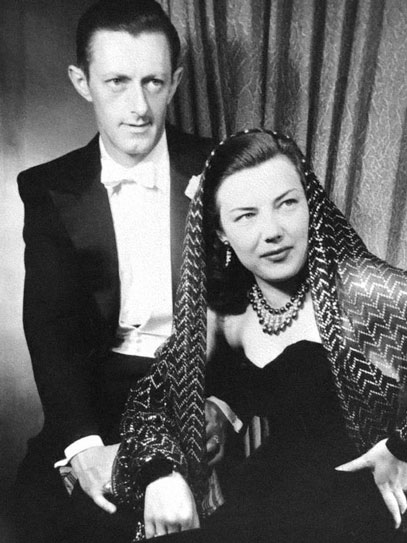 Brosco said Tarr had specific causes he wanted to be charitable toward, ranging from local Jewish organizations to veteran and educational charities. Tarr, with the help of Engel and the foundation, formulated an investment strategy to make the final distribution 20 years after his death.

The fund has since accrued to $5.4 million. At a small gathering today at the Las Vegas Country Club, each nonprofit will walk away with donations ranging from $227,000 to $455,000.

One of the recipients is the Nellis Senior Squadron of the Civil Air Patrol, an organization Tarr was involved with in emergency services and with overseeing the training of search and rescue emergency services. Lt. Col. Malcolm Arnot said he never knew Tarr, but past members described him as a “valued member of the squad” who was always “kind, generous and active.”

Tarr served on 42 bombing missions in Germany as a bombardier and navigator with the Air Force. After the war, he met his wife, Lenke, a Hungarian movie actress and Holocaust survivor.

Barbara Tarr said Lenke was swept up in the dissonance of the war but survived using her jewels and furs to bribe guards during what was known as the death marches, when German soldiers forcibly moved prisoners all over Europe to concentration camps.

The couple moved to Las Vegas in 1950, when Tarr started an address and mailing company, a scooter shop and worked as a baccarat dealer.

“There were no days off or vacations,” she said. “He was dedicated to seeing his small businesses grow.”

Joshua Harrison described his grandfather as a strong, reliable man, who acted as a father figure for him throughout his teenage and college years. He said Tarr demonstrated bravery until the end.